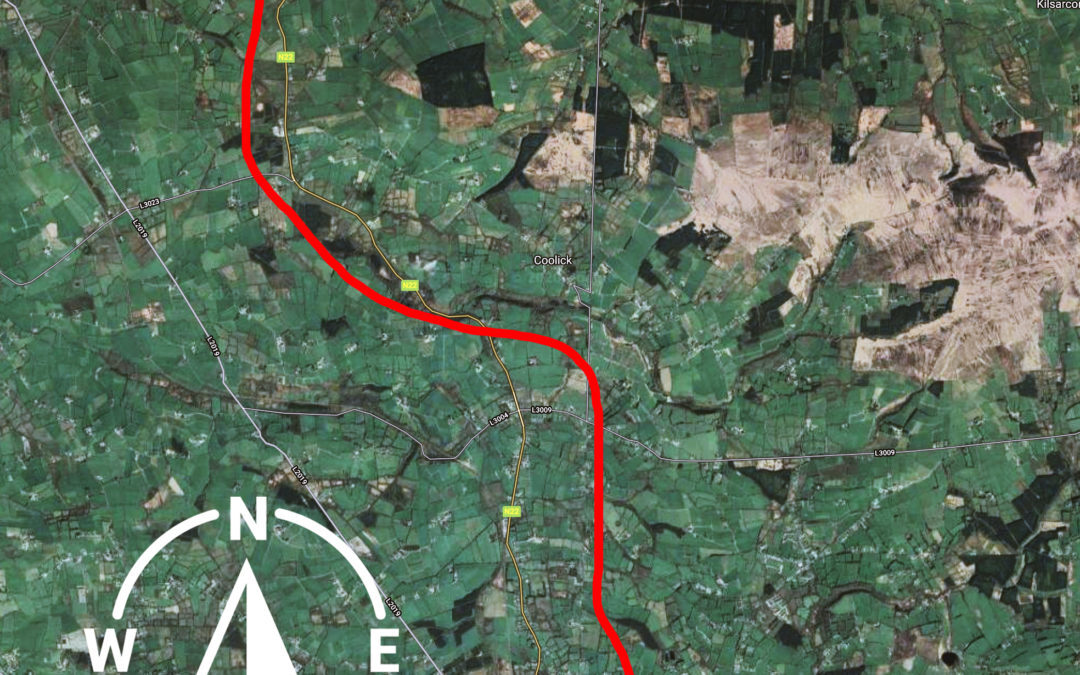 Killarney motorists will have to wait at least another 10 years before a new road between the town and Farranfore will be open to traffic.

While that might seem like bad news, the good news is that the project has officially re-entered Phase One.

Senior Engineers with the National Road Design Office in Castleisland have begun a route survey that will now include taking traffic from the Fossa area to the Tralee road in addition to the outer relief road.

A previous attempt to build this road ended up being binned after the economic crash of 2008. A potential route was identified at that time but because there was such a delay between the initial findings and taking into account current traffic levels the engineers were forced to go back to the drawing board.

Mr Curry’s presentation is very detailed and highlights, among other issues, the need to solve traffic congestion on the Hans Liebherr Road and the diversion of traffic away from the N72 near Fossa village.

Mr Curry cited the progression of other bypasses including Adare, Newcastle West, Abbeyfeale and Ballvourney/Macroom as positive steps.

“As these projects come on stream it can be expected that the N72 will become more strategic in national terms,” he told the meeting.

Due to COVID-19 restrictions the meeting was limited to two hours and Mr Curry’s presentation was cut short.

However, the Council executive promised the elected members that a more detailed meeting, exclusively for the bypass and other traffic issues, will take place before the end of September.