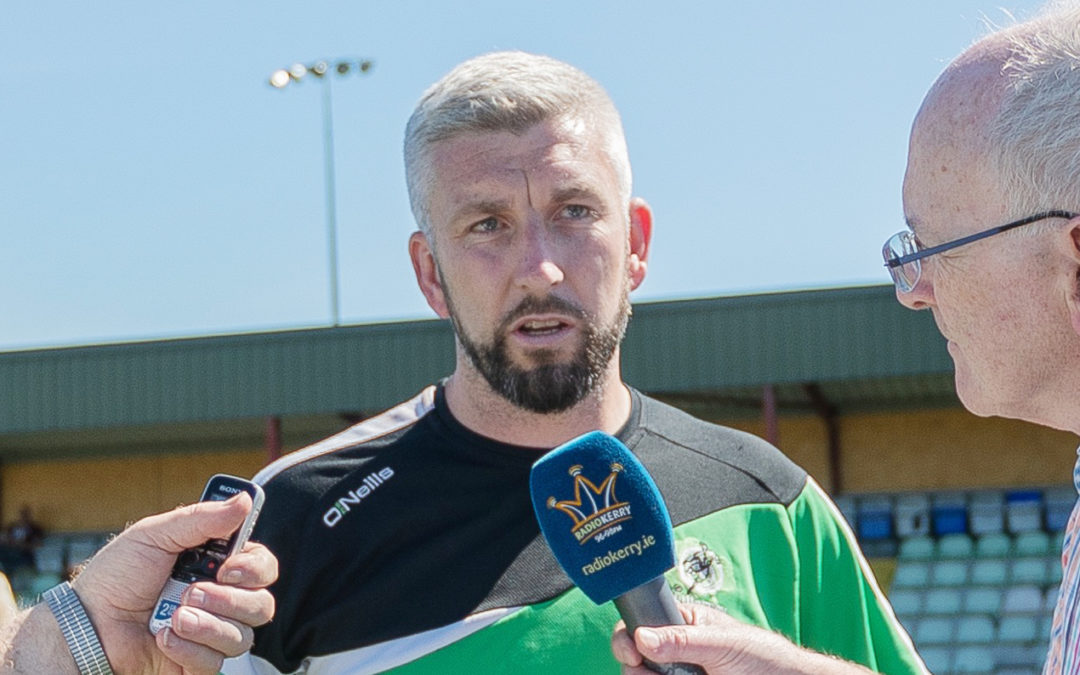 Former Killarney Celtic defender and current senior manager Brian Spillane picks a fantasy team made up of the best Celts he has ever played with. 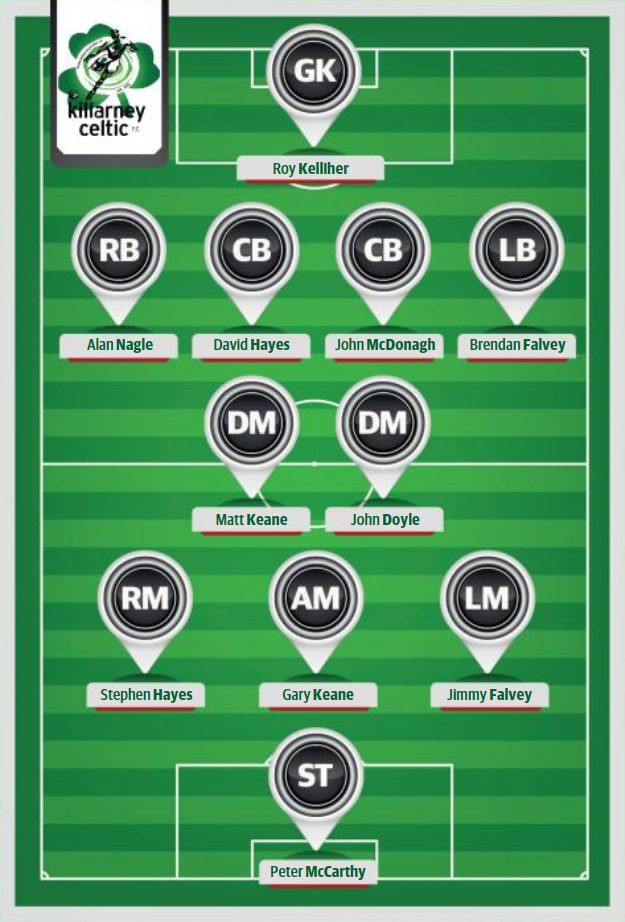 Roy is a quiet lad on and off the pitch but his qualities are there for everyone to see. He’s fearless and he comes for everything, and he’s also a great shot-stopper. The thing with Roy is that the bigger the game is, the better he plays.

Alan was really calm under pressure and he never let the team down. He had a fantastic first touch and great quality going forward – he was one of the few players in Kerry who could get the ball and go past three or four players. He didn’t always have the finish to go with it, though!

The best defender I ever played with. David was excellent in the air and he could control the backline. He was a good ball-carrier as well. He knew how to break lines and open up the opposition.

John McDonagh, better known as Smiley, is our current club captain. He’s very good with the younger players. The fact that he’s left-legged is also a bonus as it adds great balance to the back four. The man has won seven league medals, which says it all really.

Mr Celtic. You always get 100% commitment from Brendan Falvey. He’s the best trainer at the club. He’s very competitive and an absolute warrior, especially in the big games. Heart in the mouth stuff when he slides into tackles!

This guy has an amazing passing ability. He always wants the ball and he controls a lot of games. Matt is a box-to-box midfielder and he follows the play everywhere. He has a great engine – he just never stops running.

When it came to soccer, the late John Doyle had it all. He wasn’t the tallest but he was brilliant in the air, he always picked the right pass and he scored so many vital goals when his team needed them the most. A born leader on the field but, above all else, a great man.

Nickamed Helmer, Stephen has always been a very underrated player in my book. Blessed with pace, he would have been the main outlet for us on many occasions. He’s very versatile and could play any role for the team. He has had a long career with Celtic and Kerry in the Oscar Traynor Cup and he’s still playing and coaching. A great clubman.

There’s not too much you can say about Gary that hasn’t been said before. I’ve been involved with soccer in Kerry my whole life and he is without a doubt the best player I’ve ever played with. He does the work of two players and he’s unbelievable on the ball.

The late Jimmy ‘Grimble’ Falvey was a very busy footballer. Similar to his younger brother, Brendan, in that he never pulled out of a tackle. I certainly wouldn’t fancy playing on the right-hand side of the opposition’s team with the two Falveys on the left! He always covered a lot of ground and would provide great support to the full back, while also offering a lot going forward.

Peter was the most professional player I have ever seen. He was always the first to training and the last to leave. He never stopped working on his game so it was no mystery when he popped up with winning goals. He would still score 30-plus goals a season if he was playing now.

Karl and Noel have managed and been involved with many a Celtic side down through the years. They were always fully committed to the senior team and are great supporters to this day. They both have a lot of respect for each other and they get on very well, which is vital in any management team. Sorry Noel. It’s a tough job but someone has to mind Karl!