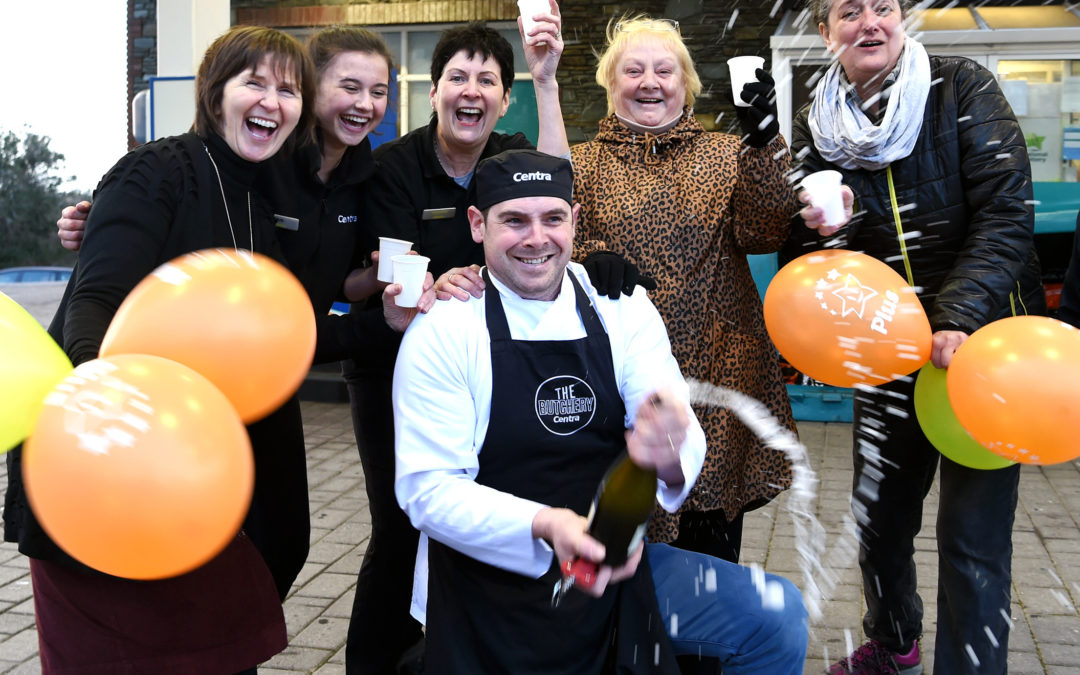 A lucky store in Glenbeigh, which is described as the ‘Jewel in the Ring of Kerry’ is today toasting their second EuroMillions Plus top prize win of €500,000 in the space of five weeks, after they sold another winning ticket in last night’s (Tuesday) draw.

Sheahan’s Centra store in Glenbeigh, previously sold the winning ticket for the EuroMillions Plus draw on Friday, February 28, and store owner, Aisling Sheahan said that excitement in the picturesque village is starting to grow as she convinces her customers that this latest win isn’t an elaborate April’s Fool prank.

“Because it’s April Fool’s Day, nobody believed me at first!” she said.

“To sell one EuroMillions Plus prize worth €500,000 is amazing, but to sell another one a matter of weeks later is just truly unbelievable. In the space of five weeks, we have sold two prizes worth a combined €1 million. That is just magical stuff for a small village like Glenbeigh.”

The winning EuroMillions Plus numbers for last night’s draw were: 08, 15, 23, 41, 42. The winning Quick Pick ticket was sold yesterday (Tuesday).

This is the third major National Lottery win in two years for Sheahan’s Centra in Glenbeigh, who also sold a winning Lotto Plus 2 ticket worth €250,000 in February 2018.

“We’re a local shop and given the restrictions in place at the moment, the vast majority of our customers are people from the village. We’re absolutely thrilled that one of these people have become a half a million euro richer overnight. Above all, we wish them good health and we hope that they can enjoy the prize once life returns to normality,” added the lucky store owner.

The National Lottery has confirmed that it is still waiting from the previous Glenbeigh winner of the EuroMillions Plus top prize of €500,000 from Friday, February 28.