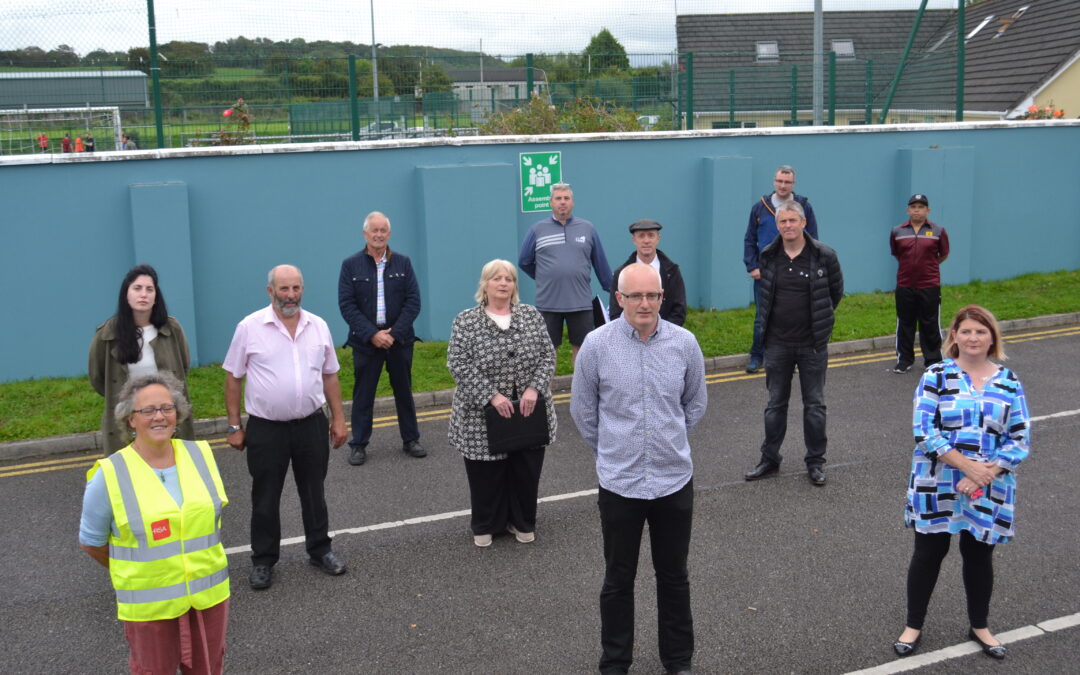 ROAD SAFETY CONCERNS: Members of the  Ballydribeen Residents Association met with local politicians and councillors to raise concerns about road safety in the area.

Ballydribeen Residents Association is to seek an urgent meeting with Kerry County Council in an effort to solve ongoing road safety and traffic management issues at the exit of the Tralee Road estate.

At a public meeting on Wednesday night, which was also streamed live on social media to comply with social distancing measures, the residents raised concerns about the volume of traffic in the area. They are also worried that traffic trying to exit the estate will result in accidents as the junction is unsighted from the Madam’s Hill side.

There are seven housing estates in the Ballydribeen area and with the addition of the Cluid development currently under construction the number of houses is set to grow to over 300.

The estate also provides local access to Killarney Legion and Killarney Celtic pitches adding to the traffic volumes in the estate.

“We have been fighting for this for eight years,” the association’s spokesperson Liam Grimes told the Killarney Advertiser. “Maybe when this was first built around 2005 it was suitable for the level of traffic, but the estate has grown and it is time to take this into consideration. We are all aware of the fatal accident in July and the ongoing issues with the bypass and Madam’s Hill junction and they are all connected.”

Plans for the association’s deputation to Kerry County Council will be on the agenda for next month’s Killarney Municipal District meeting. If it’s passed the deputation is likely to take place ahead of the November KMD meeting.