Away Days: The long trip to Edendork with Kerry’s most loyal supporters 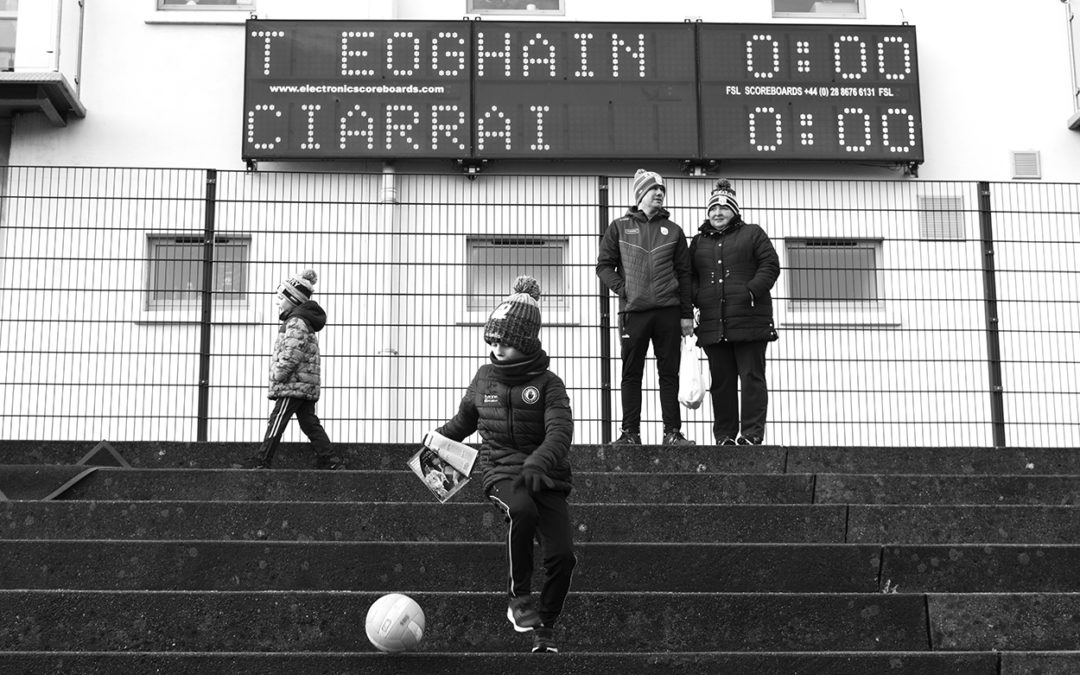 Animals. Cute hoors. Fair weather fans. Whatever way you look at it, followers of Kerry’s senior football team have a reputation. Last Sunday, Adam Moynihan joined a busload Kerry fans on the 924km, 12-hour round trip to Tyrone to find out the truth about the county’s most passionate supporters

The taxi driver bringing me to O’Callaghan’s bus depot offers little by way of encouragement. It’s 5am on a dark and miserable Sunday morning and I’ve just told him that I’m heading to Omagh for the National League Division 1 match between old rivals Tyrone and Kerry.

“Jesus, that’s an awful jaunt,” he says, almost in disbelief. “And sure, that game mightn’t go ahead at all.”

He’s right. Storm Ciara is in full effect and the wind and rain that is currently battering his vehicle from all angles is due to continue well into the afternoon and possibly beyond. A pitch inspection will take place later in the morning and there’s a decent chance that the fixture, which is scheduled for 2pm, will be called off.

Of course by that point, many Kerry supporters, myself and my fellow passengers included, will already be halfway up the country.

“Good luck to you,” he says very earnestly as we reach our destination. “I hope we win.”

The coach is comprised of 17 men, women and children, many of whom are season ticket holders who regularly travel to Kerry’s away matches with O’Callaghan’s, and, because of the length of the journey, two drivers. Our pilots Con and Connie explain that a larger bus would usually be required but the weather and the distance may have deterred some people on this particular occasion.

Those who weren’t put off are in fine form. As the bus pulls out of the coach yard, a woman recognises a fellow passenger from a previous trip. “We’re mad to be going up today,” she says with a smile. “This is about the earliest we’ve ever been out,” the man replies. Their tone is polite and casual, but you can hear the pride in their voices. Almost everyone in the entire county would sooner be (and is) wrapped up in bed. For these loyal football fans, there’s nowhere else they’d rather be.

Before we reach Castleisland, the previous weekend’s victory over Galway has been well and truly dissected and by the time we reach the county bounds there isn’t a footballer on the Kerry panel who hasn’t been analysed to within an inch of his life. The fans are mostly positive and understanding, although criticism is meted out too where appropriate. I’m impressed by their knowledge of Kerry football, which can only be described as encyclopaedic.

At around 8am, as the first hint of daylight creeps over the horizon, excitement about today’s match is building. But now the issue of whether or not there will even be a match comes sharply into view. “They’ll hardly call it off now,” someone offers, before being reminded of Inniskeen in 2018.

Kerry were due to play Monaghan in the league almost two years ago to the day but heavy snow forced officials to cancel the game at the last minute. Frustratingly, the O’Callaghan bus was at the Red Cow roundabout in Dublin when the news broke. They had no choice but to turn back and head for home.

With no confirmation forthcoming from either county board, the prospect of history repeating itself looms large.

We stop for full Irish breakfasts at Junction 14, a service station off the M7 in Monasterevin, Co. Kildare. Calling here (or to Barack Obama Plaza in Moneygall, Co. Offaly) is a rite of passage for any travelling Kerry supporter heading to a match in Dublin or further north.

An hour later, at around 9.20am, we’re passing by Dundalk when we finally get some white smoke. Healy Park in Omagh is flooded but the match will go ahead at an alternate venue. Great. Now where in the name of God is Edendork?

The sudden appearance of a multitude of Union Jacks lets us know that we have now left the European Union. We drive through the heart of Armagh and cross into Tyrone, motoring through the village of Moy along the way. Moy is the home parish of Tyrone footballer-turned-pundit Seán Cavanagh, who in 2019 controversially described Kerry supporters as “animals”. Unfortunately, Seán is not on hand to watch the zoo roll into town, and on we power to nearby Edendork.

We arrive at the pitch well before throw-in. We’re slow to venture out into the driving rain but when an Edendork official invites us up to the clubhouse for tea and biscuits, we disembark. Upstairs we meet the families of the Kerry players and some fellow supporters who have made the long journey up by car. 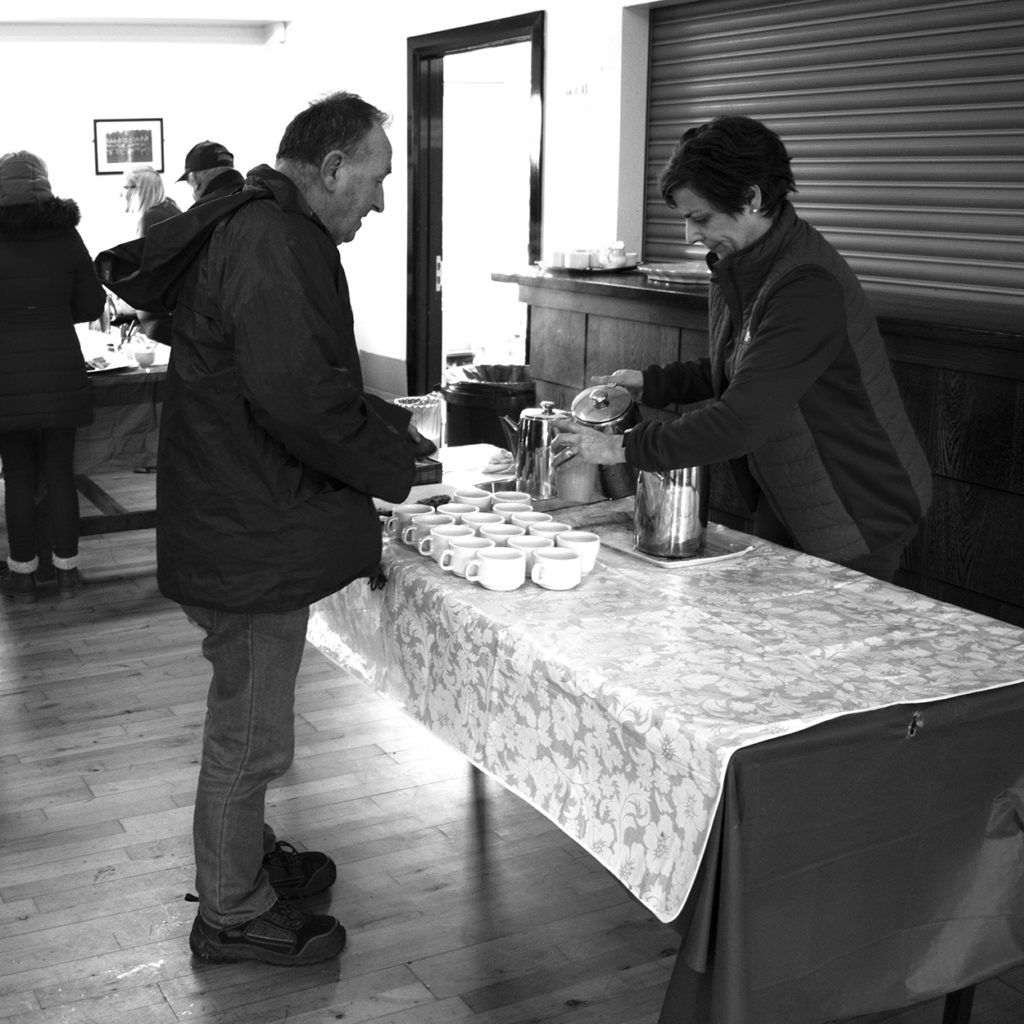 Down at ground level, at around ten past one, a local youngster is standing with his friends by the players’ entrance. “I can’t believe we’re going to see David Clifford,” he says as he giddily readies his camera. When Clifford appears, the boy resists the urge to approach his hero and instead snaps a photo from a respectful distance. It is the last bit of a restraint a Tyrone man would show around Clifford for the rest of the day. 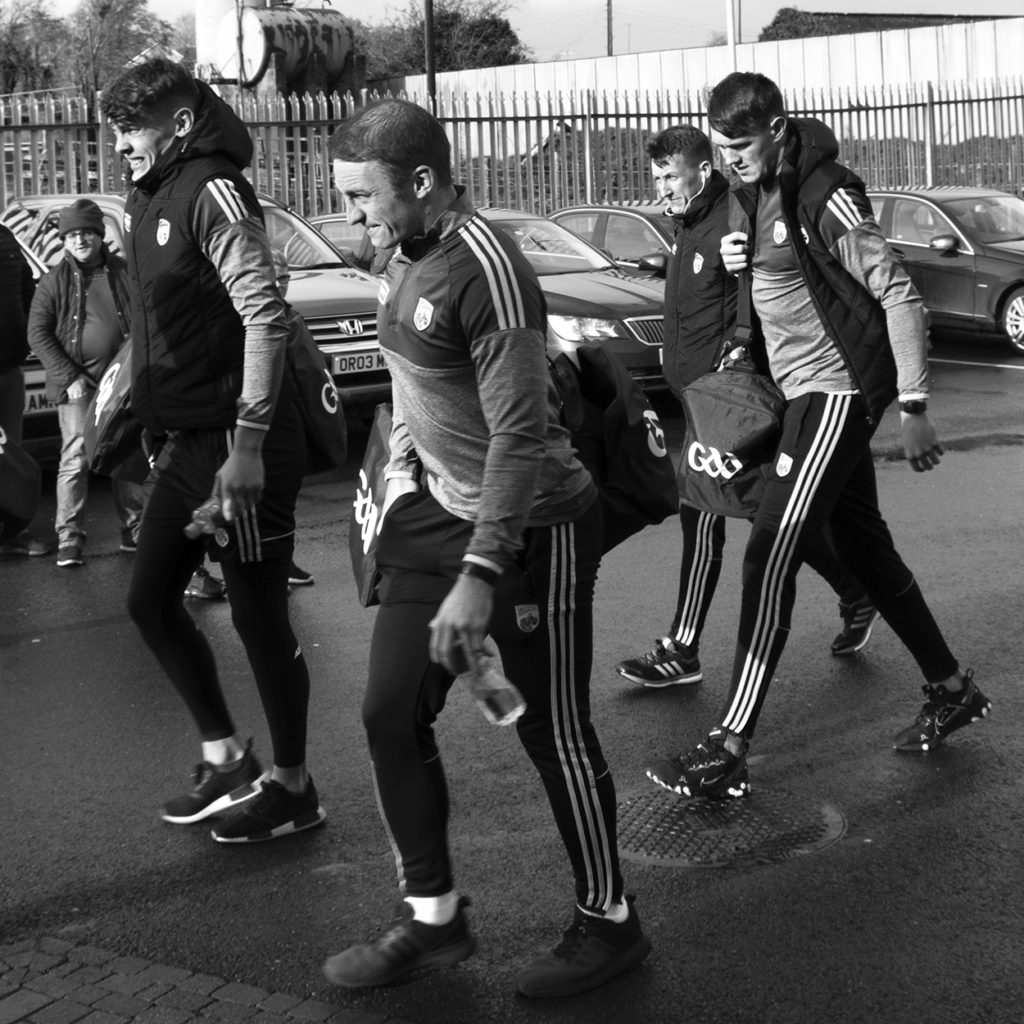 The match itself is almost as tough for the supporters as it is for the players. The violent wind blows the rain sideways from the scoreboard end down the pitch and through the terraces, as the soaking wet playing surface is quickly cut up by 30 pairs of boots.

With the wind at their backs, Kerry build up a first-half lead but Tyrone, cheered on by a boisterous home crowd, claw it back in the second thanks in no small part to Edendork players Niall Morgan and Darren McCurry. Mickey Harte’s side win by a single point.

We trudge back to the bus cold, wet and defeated but all things considered, the mood is still fairly positive. “There’s a long year there yet,” a wise head says, and we all nod in agreement.

I sleep for a good portion of the journey home.

We pull into Killarney around half 10 and the only thing on my mind is my bed. The others, however, are already speaking in excited tones about the trip to Monaghan on March 15.

Fair weather fans? Not on this bus. Cute hoors? A few, perhaps. Animals? The people I travelled to Tyrone with the last day are some of the fiercest Kerry supporters around, and they are as decent and as knowledgeable as anyone you could ever hope to meet.

Far from animals, but certainly a different breed of football fan.