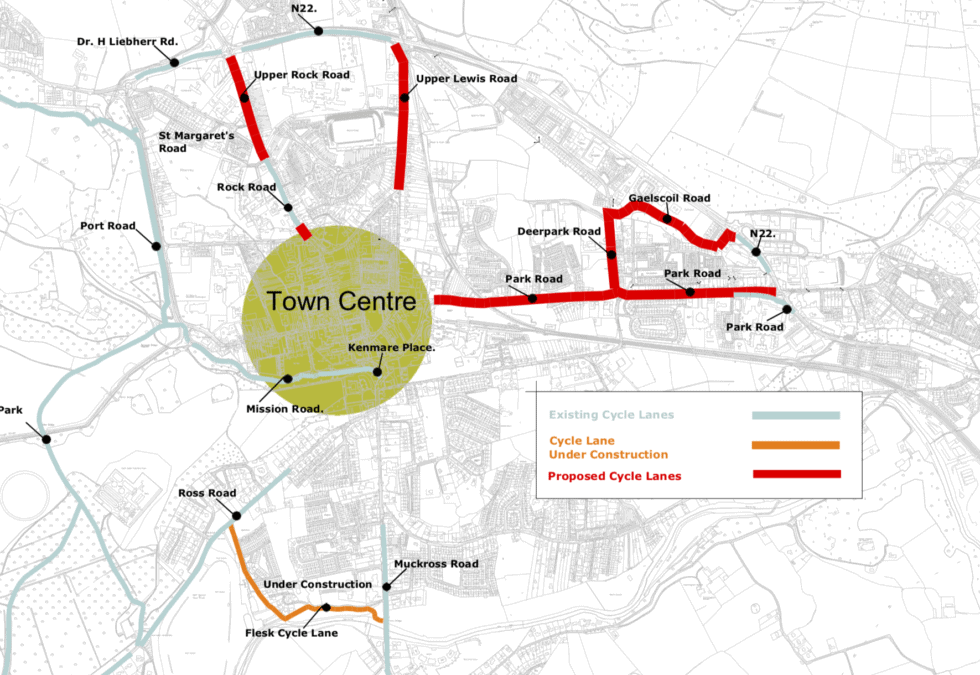 Plans for five major cycle lanes over 3.8kms throughout Killarney town got the seal of approval this week as councillors unanimously voted for it to go ahead.

Over 90 submissions were made for the proposed plans with the majority in favour.

One amendment was in relation to parking at Allman’s Terrace for up to 10 home owners, however Council officials made a commitment to proceed with a Part 8 planning process to provide off-street parking for residents concerned. David Doyle, senior engineer with Kerry County Council, said that although the planning process is a separate issue he sees “no issue” with this going forward.

A submission was also made by Martin O’Grady on behalf of residents of Ardshanavooley and Bellville Grove over fears of losing part of their green area.

A second amendment was made altering the cycle path from the centre of the green area and will now be moved part outside and part inside the footpath in order to minimise its impact, and will include a soft surface pathway and railing along the route.

Park Road business owners also raised concerns regarding access for delivery trucks, car parking and ambulances. David Doyle told the meeting that “engineers will speak to businesses to allay any fears” to minimise any business interruption.

Cllr Niall ‘Botty’ O’Callaghan raised concerns about privacy for the residents of Chestnut Drive, which was seconded by Cllr Marie Moloney, calling for a commitment from the Council that a 6ft wall be built.

He said that “residents take pride in this estate and all they’re asking for is a big wall so that their kids can play safely”.

However, town Manager Angela McMahon said that the proposed wall “is outside of the scope of Part 8”.

“I would have concerns with the building of a 6ft wall, Planning would have to be consulted.”

Others submissions identified further routes “which are desirable to improve connectedness and encourage the linking of existing and proposed cycles lanes to form a cohesive network of cycle lanes linking with Killarney National Park”.

“Project will have a transformative impact on the town” – Mayor

Speaking after the vote, Mayor of Killarney Cllr Brendan Cronin paid tribute to the Members and the work carried out by Council staff in progressing what he called ‘a transformative project’.

“This project will have a transformative impact on the town,” he said. 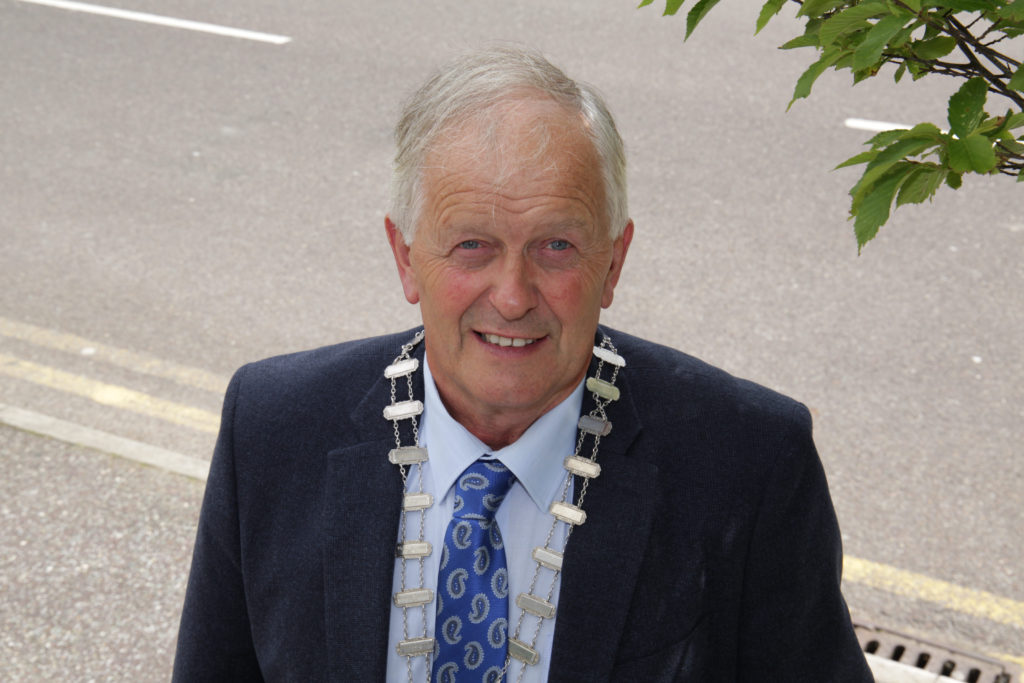 “By providing segregated cycle lanes it will facilitate particularly more vulnerable road users and it will provide important linkages between residential areas, schools and sporting facilities. These improved walking and cycling facilities will have a positive impact on the health and well-being of the community and will help to improve traffic flow by facilitating a modal shift from cars to cycling and walking.”

Cllr Cronin highlighted the level of public involvement during the consultation phase. “I was delighted with the very significant levels of community engagement in the process which included an online webinar and over 90 submissions to the planning process. The overwhelming majority of submissions welcome the cycle lanes project and a number of amendments were made to address concerns raised in the submissions.

“I also want to pay tribute to the Elected Members who recognised the importance of the project and worked closely with the communities around Killarney, raising issues on their behalf and ensuring that this is a project that will be welcomed round Killarney town.”