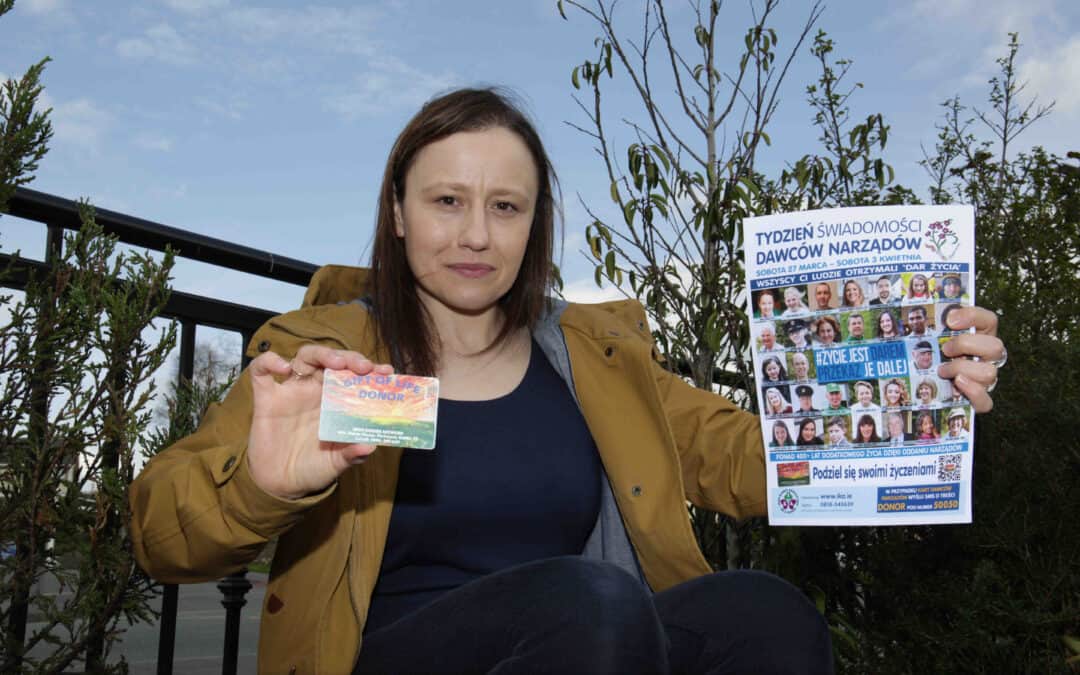 A Killarney resident who has had a new lease of life after getting the gift of a kidney is the face of the first ever Polish campaign for Organ Donation Awareness Week. Anna Pokojska is the only Polish person taking part in the national campaign to reach out to the large Polish community across Ireland.

She had her life transformed in 2017 after undergoing a kidney transplant. And now, as a way of giving something back, she decided to take part in the Polish/Irish campaign which takes place from tomorrow (March 27) to Saturday April 3.

Normally Anna helps the organisation by taking part in the annual street collection. However, as that is not able to go ahead this year the charity is instead opting for a digital campaign to get the message of the gift of life for others through organ donation with a poster campaign with Anna included as one of the faces in the Polish and Irish poster.

“I was diagnosed in 2013 aged 31 and it was a shock at first,” Anna told the Killarney Advertiser yesterday (Thursday). “They told me I wouldn’t need a transplant for years but I needed it sooner than that. It was progressive and I was on dialysis. I was very lucky that I didn’t have to wait too long. I’ve a new lease of life since.”

In 2019 Anna, who is married to Leszek and has a 16-year-old daughter named Daria, attended the World Transplant Games for the first time and competed in the 30-39 years categories in both the 30k Cycling Road Race and the 5k Mini-Marathon.

With such a change in lifestyle since, Anna is now appealing for people to let loved ones know their plans of donation when they pass on.

“It’s really important to talk with loved ones about it. I was very lucky to get the gift of life and the chance to be more active for myself and for my family as I wasn’t able to do many things. It’s a good thing to have a donor card to help other people.”