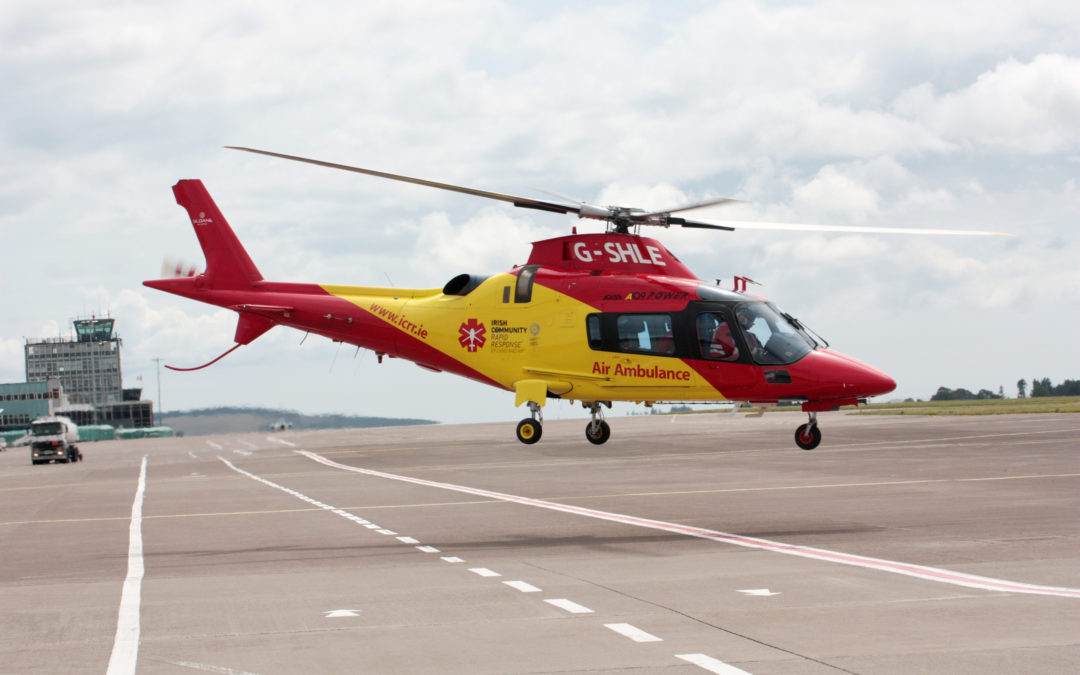 Ireland’s new charity Air Ambulance service, the Irish Community Rapid Response (ICRR), could be grounded today (Friday) – unless €370,000 has been found to save the service.

The Air Ambulance, which is based on an airfield near Millstreet County Cork and since its foundation in July last year has flown on 250 different missions.

Operating entirely as a charity, the service receives no government funding and all its purchases, such as aviation fuel, is subjected to VAT.

Two weeks ago, ICRR Operations Manager Ruth Bruton, put out an urgent appeal for funds to keep the service in the sky. A fundraising drive at that time raised €30,000 but a shortfall of €370,000 remains. The net result is the helicopter may not be able to fly this weekend as there is no money available to pay bills, wages and operating fees.

“We planned for 350 missions in our first 12 months based on mission figures from the State funded Aer Corps Emergency Aeromedical Service (EAS) in 2018, which saw them carry out 310 missions,” she said. “In a little over five months, we have flown over 270 missions which raises our estimates to 600 possible life-saving missions per year. With our increased demand, we need support now more than ever.”

Mayor of Killarney Michael Gleeson is calling on Government support to keep the Air Ambulance in the sky.

“The Government should immediately accept long term responsibility for the cost of running this service,” he told the Killarney Advertiser. “The air ambulance has a particular importance in our county with its rugged mountainous terrain and difficult to access locations. The air ambulance should be acknowledged and supported as a vital and indispensable health service.”