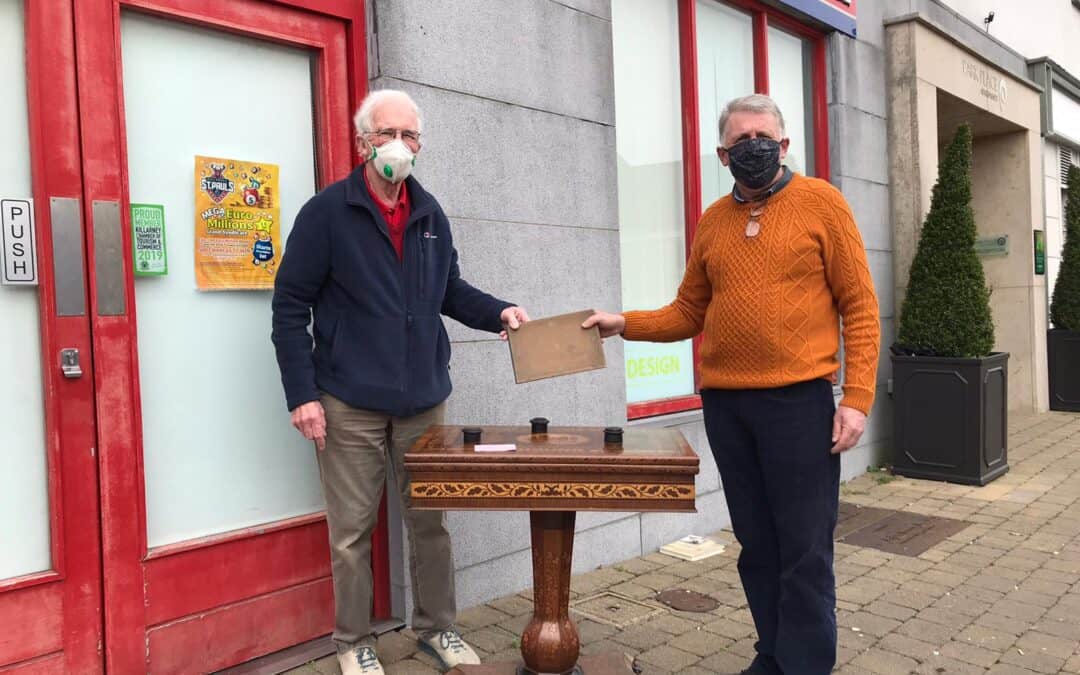 The Killarney Advertiser prides itself as being the heart of the community and this week were able to reunite two local antique collectors who were able to share valuable information on projects they are working on.

Last week we published a story about James Flynn who located a 138-year-old handcrafted games table, that was made on Main St, and returned it to Killarney from Boston.

Just over a year ago we ran a story about another local collector. Brendan O’Sullivan had discovered the lyrics of an unheard of song about Killarney. He hopes to record this song with the help of local musician Liam O’Connor once restrictions are lifted.

While both men are known to each other, they had not met since the pandemic set in. Neither had contact details for the other.

When Brendan read last week’s article he realised he had, in his collection, further details on the local craftsman called James Coakley who was the original manufacturer of James’ table.

“I knew I had to get this information to James,” Brendan said after he contacted the Killarney Advertiser office this week.

The Killarney Advertiser arranged for the two men to meet, in a socially distanced manner, outside our offices on Thursday. It was the first time they had meet in a year as a result of the current restrictions.

“I am delighted to meet Brendan,” James said, “This further authenticates the details of my 138-year-old table.”