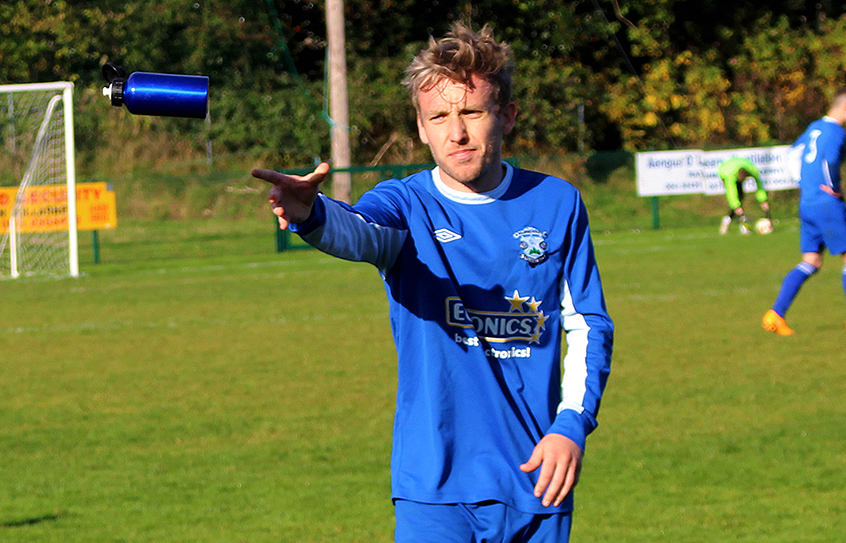 Killarney Advertiser Sports Editor Adam Moynihan selects his perfect XI made up of the best players he has played with in the blue of Killarney Athletic. 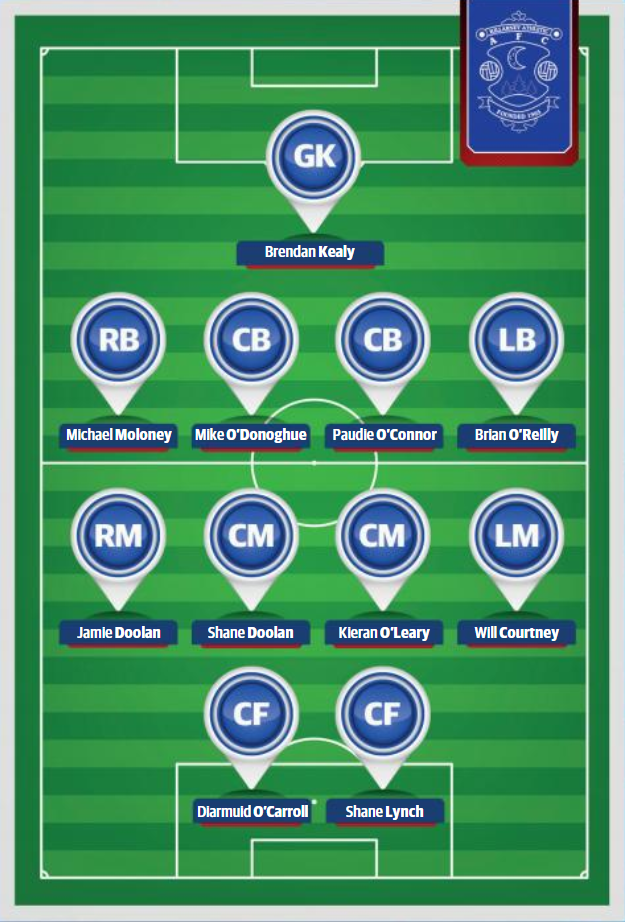 Brendan is obviously better known for Gaelic football but he’s an exceptional soccer keeper too. I’ve played in games that we should have lost by three or four but Kealy kept us alive singlehandedly, and we went on to snatch a draw or a win as a result. An elite shot stopper with unbelievable distribution.

One of my oldest friends and teammates, Smiler was a rock at the back for us at schoolboy level. His height alone made him a valuable asset in both penalty areas but he was also a terrific defender who could play his way out of trouble if necessary. He normally played in the centre but he was so mentally strong he could do a job for you anywhere.

Stam and myself played together all the way up and he was always a great teammate. He was a very versatile and dependable player who added a strong, physical presence to every team he lined out for. An integral part of our team in 2016/17. I don’t think we would have won the league without him.

Paudie was a warrior and probably the most competitive guy I ever played with. Very vocal (it seemed like he was always complaining but I think it was just the tone of his voice!) and when the chips were down, he always stood up to the challenge. A great leader.

One of the first names on the teamsheet for me. Reilly has given Athletic unbelievable service down through the years and he has always represented his club with pride. No matter how bad things got, he never stopped encouraging and guiding the players around him. An outstanding teammate and a serious baller too.

Jamie is (I’ll use the present tense – I’m not retiring him yet!) one of the most skilful players I’ve ever been on a pitch with. He’s the type of guy that you always want on your team in training because he’s very technical and has a good head for the game. He’s hardy as well and can mix it if needs be.

The elder Doolan is definitely one of the top two or three players in the county and he has been for a long time. He’s two-footed, he’s a very good passer and he’s brave in the tackle and in the air. Could quite easily have played at a higher level.

Another Woodlawn Park boy. Leary was a key member of our Athletic teams underage and he also played a central role in our All-Ireland wins with the Sem. He had great feet and he was a fierce competitor who was always desperate to win. Athletic’s loss was Crokes’ gain – which is unfortunate on many levels!

I often play left back behind Will and the tactic is fairly simple. Give him the ball and stay out of his way. A phenomenally talented dribbler with a frightening turn of pace, he’s capable of creating a goal for himself out of absolutely nothing. He never tracks back, but he’s good enough to get away with it.

As strong as we were at schoolboy level, Diarmuid was always head and shoulders above the rest of us and it came as no surprise to anyone when he signed for Glasgow Celtic. He had every physical and technical attribute you could ask for and, above all else, his attitude was exemplary. He’s a coach at Motherwell now but I’m still hopeful that he’ll come back and finish his career with Athletic!

It was a toss-up between Lynch and Daithí Casey for the final slot but in the end I went for work-rate over skill! Nah, in fairness to him, Lynch is a very talented footballer. We go way back and I was always happy when he was on my team because A) he’s a quality player and B) he’s filthy and I wouldn’t fancy playing against him.

Along with the likes of Joe O’Carroll and Mikey O’Sullivan, Ger and my dad took us on some great adventures all over the country when we were kids. In addition to coaching us on the pitch, they always put a big emphasis on discipline and professionalism and I think that really stood to us, both at the time and later in life.