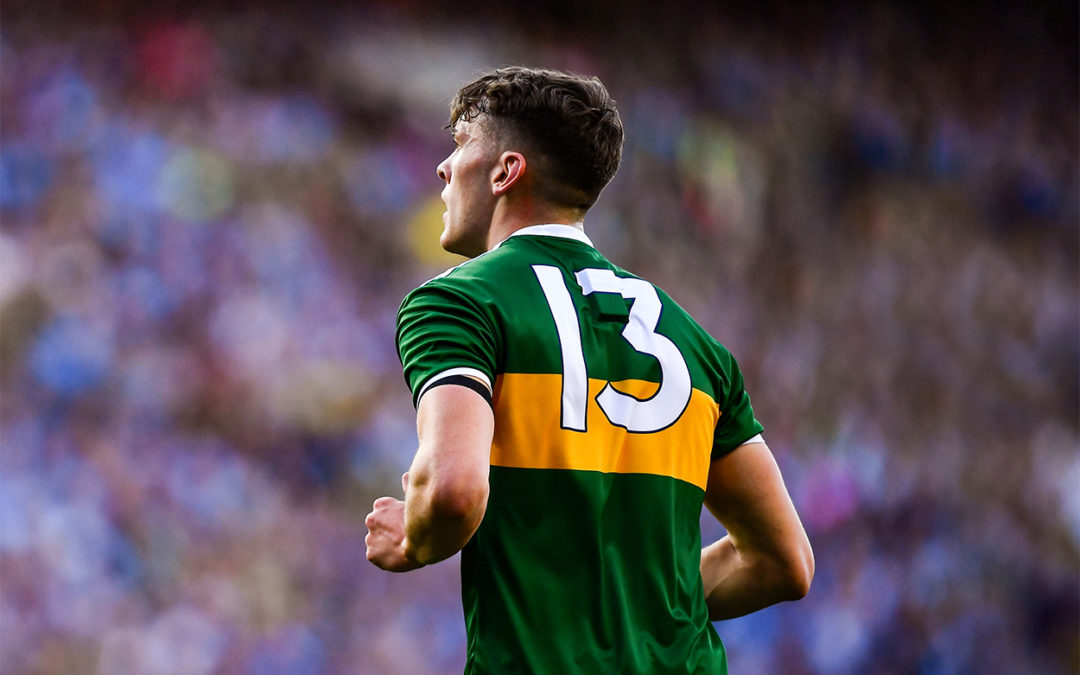 It’s not often I’d disagree with Stormzy but ‘heavy is the head that wears the crown’ doesn’t necessarily apply to everyone.

For some, major leadership roles can be a burden, a source of turmoil, something to be avoided if at all possible. For others – an elite few – the added responsibility brings out the best in them.

This week David Clifford was nominated by the county champions, East Kerry, to captain the Kerry senior footballers in 2020, instantly singling him out as a leader of the team in an official capacity. By and large the news has been greeted warmly, but some observers have expressed concerns that the new role will put him under unnecessary pressure heading into the new season.

What, more pressure than he has been under since exploding onto the scene four years ago? Clifford the captain will get some extra attention, certainly, but it’s not as though he has been flying under the radar.

The supremely gifted corner forward, who turned 21 on Wednesday, has been marked for greatness from a young age. Such external pressure would cripple many young men, particularly in Kerry where promising footballers are immediately placed under the harshest of spotlights, but the boy from Fossa has never been fazed.

Clifford’s form at schools level for St Brendan’s College piqued interest locally and he was very much a marked man by the time the Hogan Cup final rolled around in April of 2016. The Sem were desperately searching for their first national football title since 1992. How would the 17-year-old fare in Croke Park, with a St Pat’s backline, well-warned of his abilities, ready and waiting, and the hopes of Killarney on his shoulders?

Clifford kicked 2-5 (2-3 from play) in a seven-point victory. Afterwards, his manager, Garry McGrath, an experienced mentor who would be loath to heap unnecessary pressure on one of his young charges, couldn’t help but gush.

“He is a phenomenal talent. David Clifford reminds me every day at training of no one else but Maurice Fitzgerald. I can see it in him. I will be killed for saying it…”

The online hype machine went into overdrive as highlight videos were shared widely on social media and prominent journalists urged football fans to “remember the name”.

Later that year, all eyes were on Clifford yet again when he lined out (in his bad year) for the Kerry minors in the All-Ireland final against Galway. Yet again he grabbed the limelight, scoring one of the goals of the season as Kerry secured their third All-Ireland on the trot.

12 months down the line, Clifford, now the team’s captain, was tasked with leading the minors to an unprecedented four-in-a-row. Once again, expectations were high heading into the All-Ireland final – Kerry and Clifford were potentially being set up for an ignominious fall – but 12 seconds into the decider, the skipper put the ball in the Derry net. He finished up with 4-4 as Kerry coasted to victory, and the precocious youngster was widely heralded as the greatest minor footballer of all time.

Never in the history of the game had a player graduated to senior level amidst such a whirlwind of hysteria but any questions about his ability to make the grade were quickly answered.

His performances in his debut season in 2018 earned him an All-Star and the Young Player of the Year award – despite Kerry having a poor season overall – and in 2019 he was a key player again as Peter Keane’s men pushed Dublin all the way in the All-Ireland final.

Pressure just doesn’t affect him. Actually, that’s not right. Pressure does affect him, but not in the same way it affects the rest of us. To paraphrase basketballer Earl Boykins, pressure can burst your pipes but it can also make a diamond. So far in his nascent career, intense pressure has only caused David Clifford to sparkle more brightly.

So give him the captaincy. Add him to the management team. Make him Taoiseach. The crown will rest easy on David Clifford’s head.