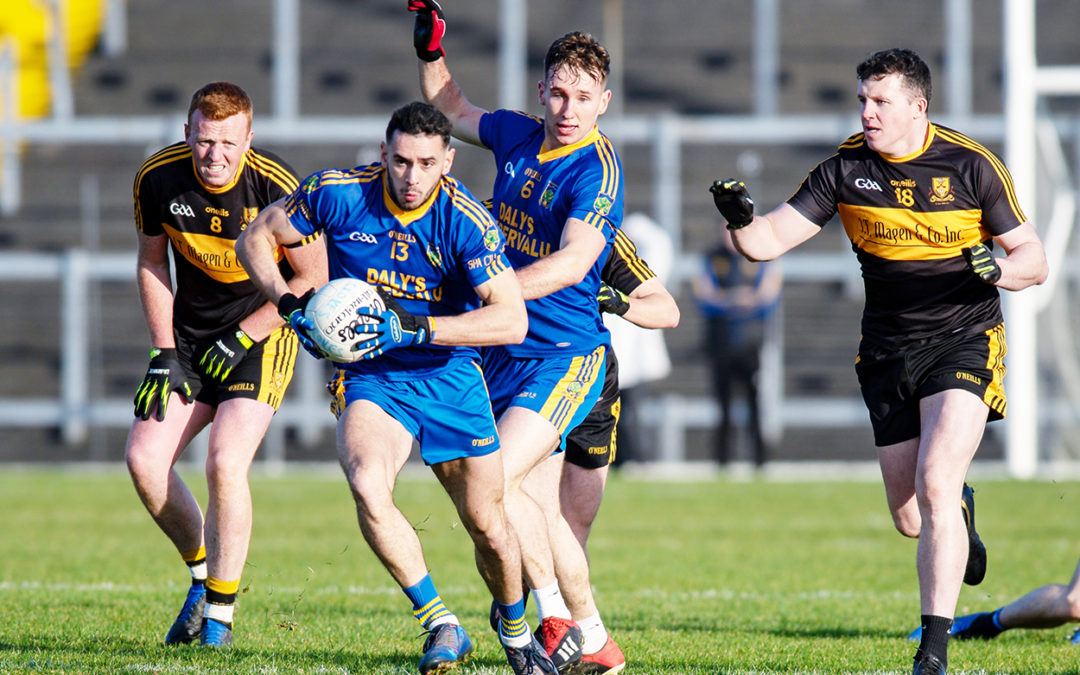 Despite all the talk of change, 2020 looks set to be as congested as ever for our club and county footballers. Adam Moynihan examines this year’s schedule and asks if the GAA are any closer to solving the fixtures crisis.

It didn’t take long for the first fixtures fiasco of 2020 to rear its ugly head. On Thursday last, just nine days into the New Year, Donegal manager Declan Bonner confirmed that his team would not be fulfilling their McKenna Cup semi-final against Monaghan due to a clash with the opening round of the Sigerson Cup.

Donegal had 13 players in college action on Sunday – the same day the Monaghan match was due to be played – with Letterkenny IT manager Michael Murphy also tied up, so Bonner and the county board were forced to withdraw from Ulster’s pre-season tournament due to a lack of numbers.

It appears as though the colleges aren’t best pleased with this year’s schedule either.

“They start this competition and we’re not open until next week,” UCC manager Billy Morgan said. “We had no preparation whatsoever over Christmas. [The GAA] is becoming an elite association and they are just catering for intercounty, while clubs, third-level, and second-level are all suffering.”

So that’s county and third level ticked off already. What about club? Well, bringing the 2019/20 All-Ireland Club finals forward to January from March has shortened the season but it has done nothing to alleviate the pressure on the teams and players involved over the Christmas period. A 13-month season isn’t much different to a 15-month season when you think about it; if the seasons are overlapping at all then players aren’t getting a break.

The guys involved in the latter stages of these competitions will naturally tell you that they’re delighted to be there, but that doesn’t necessarily make it right.

Looking at Kerry GAA’s draft calendar for 2020 (below), the schedule for Kerry’s club players isn’t much different to last year. That isn’t necessarily a problem in and of itself as the situation in this county is fairly positive when it comes to the staging of competitions. Players are largely pleased with how the County League, Club Championship and County Championship are being run off – the issue in many people’s eyes lies with the district championships.

The 2019 East Kerry Championship concluded on December 15, for example, while things were even more drawn out for the footballers of St Mary’s and Dromid Pearses: their South Kerry Championship final replay was eventually played on January 11.

As you can see in the 2020 calendar, the finals of this year’s district championships have been slated for the end of November, but, as always, much will depend on the success of the various divisional and club teams in the County Championship.

If East Kerry, for instance, have another strong year and advance to the latter stages of the competition, it’s unlikely that any of the teams supplying players to the reigning champions will play O’Donoghue Cup games in October, as is suggested in the calendar.

Similarly, if any of the district’s senior clubs advance to Munster, it will more than likely push the final of the East Kerry Championship back out to December yet again.

If one of the GAA’s new proposals for the intercounty scene gets the green light for 2021, it will supposedly free up a few extra weekends for clubs. Maybe then the district boards will have more wiggle room to get things done in a more timely fashion.

For now, unless genuine commitments are made to play earlier rounds at an earlier stage of the season (similar commitments were made this time last year but we had December football anyway) it appears as though we could be set for another long year of football. 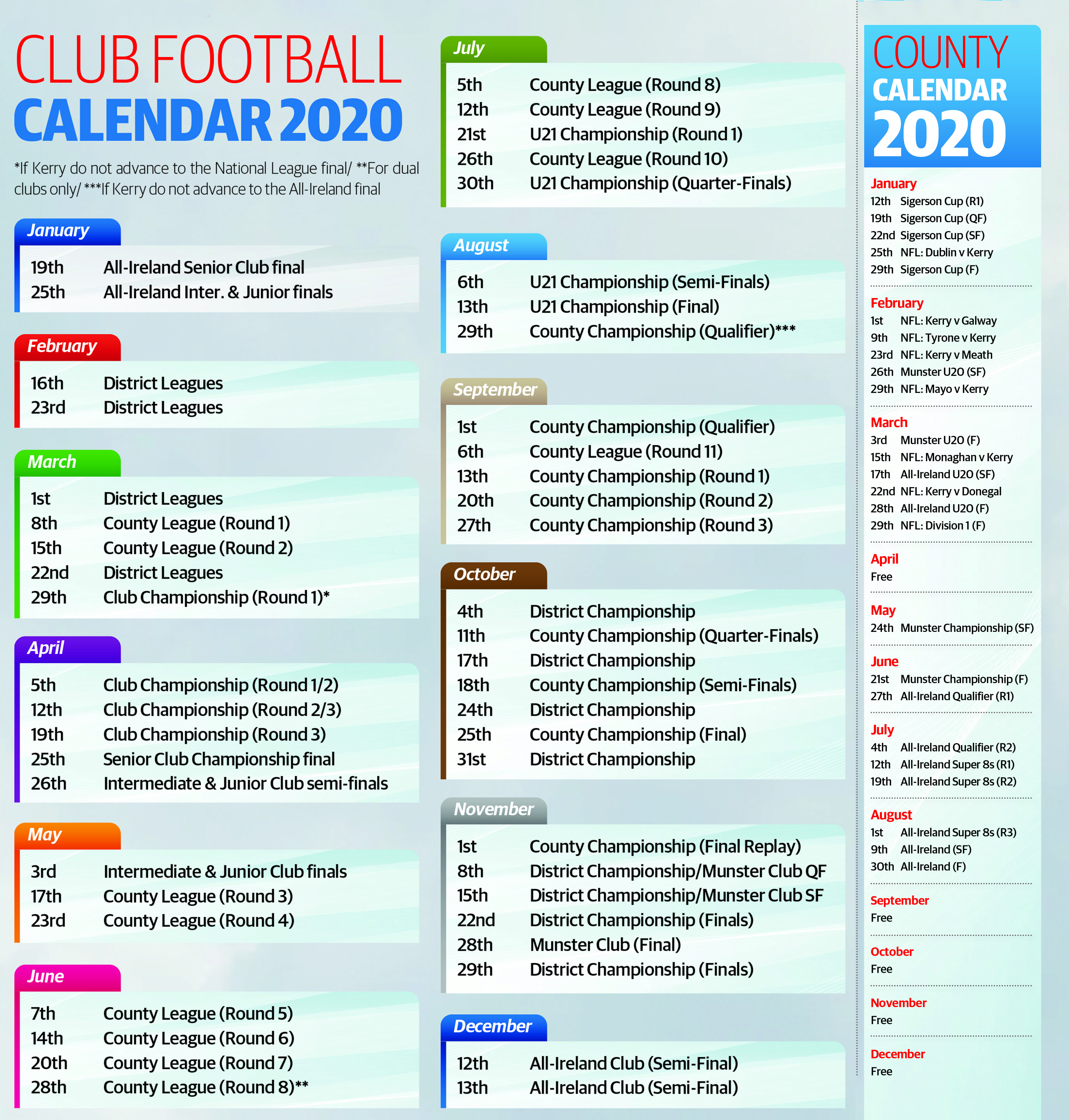