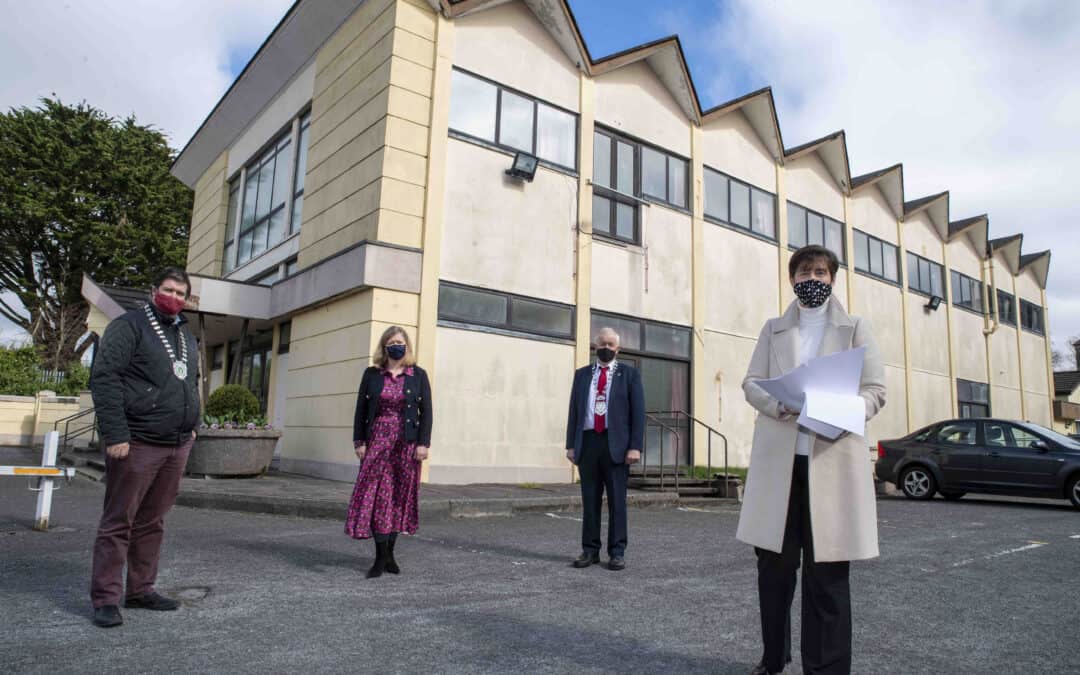 FUNDING: Minister Norma Foley pictured outside the Áras Phádraig in Killarney with Mayor of Killarney Cllr Brendan Cronin, Niall Kelliher Chamber President, and Killarney Municipal District Manager Angela McAllen welcoming the funding announcement of over €16m which will include works at this site. Photo: Domnick Walsh

Mayor of Killarney Cllr Brendan Cronin has this week welcomed the allocation of €16.06 million funding for Killarney under the Urban Regeneration Development Fund saying that “work can now begin on Áras Phádraig site”.

Last week, it was revealed in the Killarney Advertiser that Minister for Education Norma Foley TD had announced funding of a total of €31.90 million for Killarney and Tralee under the Urban Regeneration and Development Fund (URDF) to enhance urban areas to make them more attractive places to live, work, visit and invest.

For Killarney, the funding will go towards the regeneration of the derelict Áras Phádraig town centre site, the Glebe Craft quarter in the town centre, the enhancement of the Arts/Cultural Heritage Experience, and Public Realm improvements at Beech Road, College Street, and New Street /High Street.

Mayor Cronin said that it is critically important funding for the future growth and development of Killarney town which the Council has been campaigning hard for.

“I am particularly delighted that the Áras Phádraig has finally been successful and that we can now begin work on this important site,” he said.

“Back in 2017 when I, along with KMD Manager Angela McAllen, launched the public consultation on the future design of Áras Phádraig, the people of Killarney clearly indicated how important it was to redevelop, redesign and bring back an intimate theatre along with a blend of other facilities to the town centre.”