20 key questions for Kerry ahead of the 2020 campaign 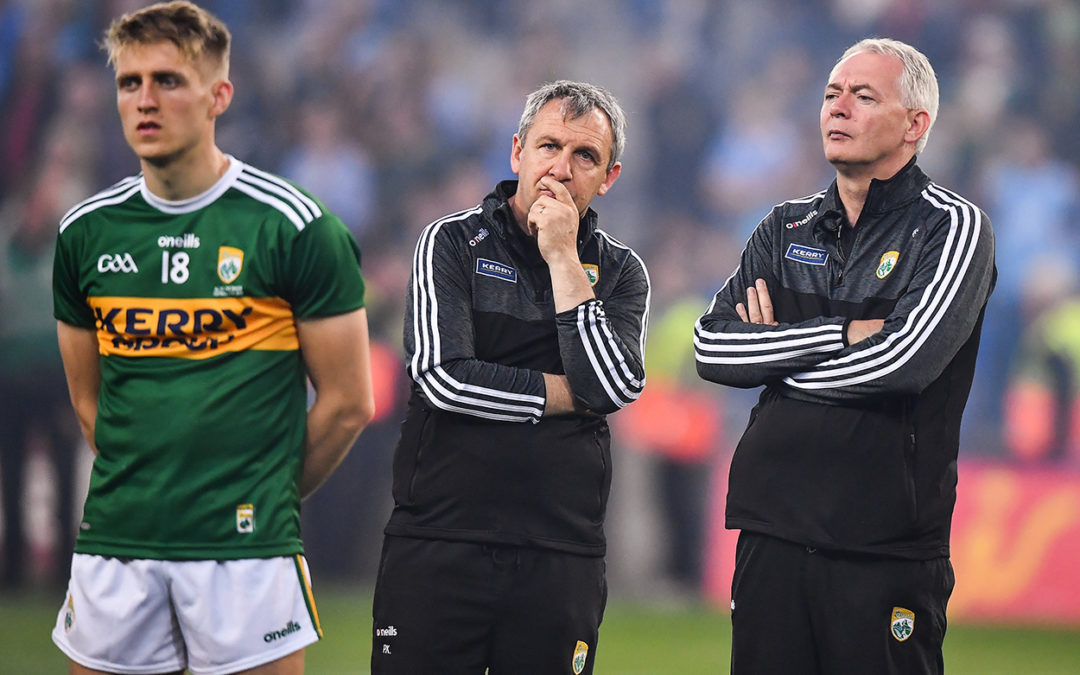 Who will captain the team? Can Kerry make the most of the advanced mark? Will Paudie Clifford and Tony Brosnan make the grade? Ahead of Kerry’s National League opener against Dublin on January 25, Adam Moynihan takes a look at the 20 burning questions for 2020

It’s a glorious time of year to be a football fan. The weeks leading up to a new season are always filled with optimism; after all, until the first ball is kicked in two weeks’ time, we are all level on zero points. Technically, no one holds an advantage at this stage of proceedings – not even Dublin, who have more money and resources than the rest of us.

However, it is also a time of great uncertainty. Issues which remain unresolved from the previous year roll over and are joined by new vexations, fresh concerns and a host of hitherto unfathomable conundrums. Some of these questions will be answered quickly enough, others may not be answered at all, at least not fully, but one thing is for sure: Kerry supporters will ask them anyway.

The GAA confirmed this week that the All-Ireland Intermediate and Junior Club finals will take place in Croke Park on January 25, the same venue and day as the National League Round 1 match between Dublin and Kerry.

Na Gaeil are in the final of the Junior following yesterday’s extra-time victory over Kilmaine of Mayo, so midfielders Jack Barry and Diarmuid O’Connor will be unavailable for their county.

Unfortunately, Templenoe were unsuccessful in their bid to reach the Intermediate final as they fell to a 1-12 to 0-12 defeat to Galway champions Oughterard. Templenoe’s loss will be Kerry’s gain, however, as this frees up Tadhg Morley, Gavin Crowley, Adrian Spillane and Killian Spillane to line out against the Dubs on Saturday week.

Although the Kerry manager experimented with tactics and personnel during last year’s league campaign, his side remained competitive throughout and were probably the most consistent outfit in Division 1 (the final against Mayo aside). Kerry built momentum in the spring, which undoubtedly stood to them in the summer, so Keane is unlikely to change a winning formula by going through the motions in the league. Expect Kerry to go for it.

A key question for the fashionistas amongst us. The unorthodox new home shirt was greeted with a lukewarm reception when it was unveiled in November (the exceptionally attractive 2017-18 jersey was a hard act to follow) but how will the yellow-sleeved version look on the players on the pitch?

Diehard fans got their first glimpse of the new kit in action in the McGrath Cup tie against Cork. The jury is still out, if we’re being honest. The away shirt might be nicer.

It is perhaps too soon for prodigious 18-year-olds Paul O’Shea and Paul Walsh to make their mark at senior level, though the former caught the eye by scoring 1-3 for an U20/senior amalgamation against Tipperary in the McGrath Cup.

St Senan’s midfielder Barry Mahony and Castleisland half forward Adam Donoghue, both of whom played on the successful Kerry minor team of 2017, have been called up to the extended panel proper.

Six of the new gang (Kilkenny, Dillon, Coffey, Mahony, Buckley and Donoghue) featured in the McGrath Cup while the others will be hoping to impress at training in the coming weeks.

East Kerry have the honours this year following their historic win over Dr Crokes in the county final and despite being just 20 years of age, star forward David Clifford appears to be the frontrunner for the role. The captaincy has become something of a poisoned chalice in recent times but that is unlikely to phase the two-time All-Star. Nothing does.

In fact, the omens are good. The last time East Kerry had to nominate a captain they chose Glenflesk legend Séamus Moynihan, who led The Kingdom to their 32nd All-Ireland title in the year 2000. 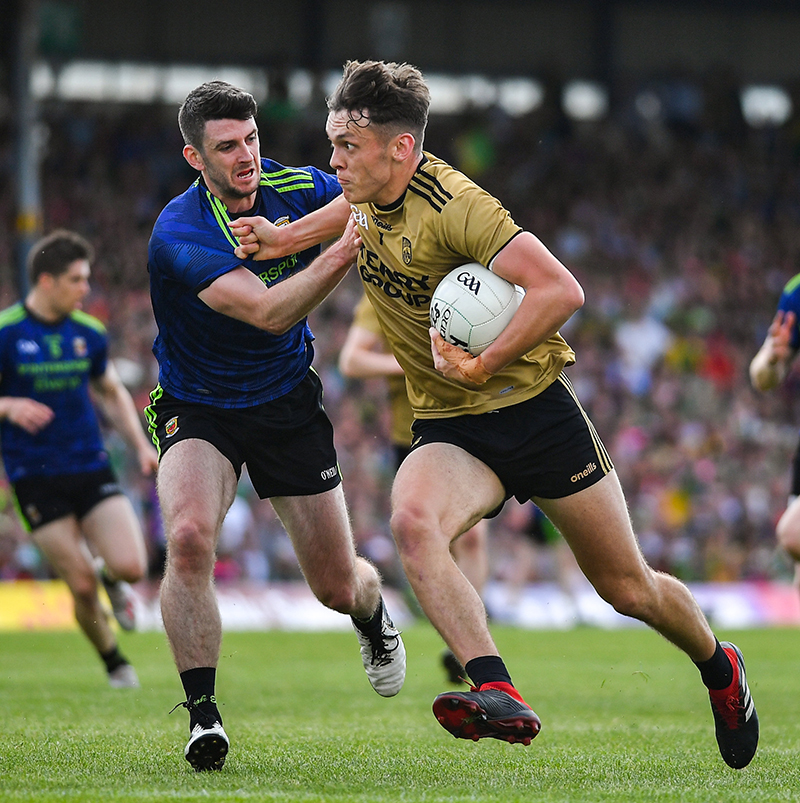 A bit, but not very. The issue of East Kerry’s continued dominance at U16, minor and U21 level was raised at a recent county board meeting, with Secretary Peter Twiss stating his concern that Kerry teams will become “very dependent” on a small geographical area.

This year, 16 out of the 46 players on the extended panel hail from the district of East Kerry. Roughly a third. When you remove the senior clubs from the equation, only five players were eligible for East Kerry in 2019.

It’s a healthy contingent for sure but we’re not at the “very dependent” stage just yet.

On paper, the new rule will benefit burly target men like Tommy Walsh, but catching the mark is only half the battle. Walsh is a decent kicker but he’s not a free-taker and some of the marks he made last year were just outside his range.

From Kerry’s perspective, the ideal scenario is to get your best passers – the likes of David Moran, Seán O’Shea, Tom O’Sullivan and James O’Donoghue – in position and seek out 6’2” marksman David Clifford.

The 2018 Young Player of the Year can score from any and all angles so a mark anywhere within a 35-metre arc of the goal would be as close to an automatic point as you could get. Of course, it’s far easier in theory than in practice – no ball Clifford goes to catch will be unchallenged – but he has all the tools to make the new rule work in his favour.

Everyone needs a big year if Kerry are to stop Dublin but going by last year, there’s more in Gavin White, Jack Barry, Paul Murphy and Paul Geaney. If Peter Keane can keep them fit and get them firing on all cylinders, Kerry will be in serious shape.

Dara Moynihan, Micheál Burns, Gavin O’Brien, Jonathan Lyne, Adrian Spillane, Diarmuid O’Connor and Gavin White all had a cut off the right half forward position in 2019 and you’d have to say that they all had their moments, although the talents of Spillane, O’Connor and White are perhaps more suited to deeper-lying roles.

The spot remains vacant for any of the aforementioned to stake a claim again this year but the addition to the extended panel of Paudie Clifford has set tongues around Kerry wagging. Clifford was exceptional for East Kerry in both 2018 and 2019 and with his athleticism, tenacity and ball skills he seems like a viable option for half forward.

Clifford’s East Kerry teammate and fellow newcomer Ronan Buckley, who excelled on the wing and midfield in last year’s County Championship, is another interesting alternative. The Listry clubman lined out at No. 10 and captained the side in the McGrath Cup games against Cork and Tipperary, and was one of only four players to play every minute of both.

Plenty of observers had been campaigning for Tony Brosnan to get the call for quite some time. Well, he’s here now. Can he seize his opportunity?

The Dr Crokes sharpshooter is electrifying on his day and he has more days than most. It will be fascinating to see how he gets on at intercounty level. Could a full forward line of Geaney, Clifford and Brosnan be on the cards?

Dublin, naturally. Beyond that, Donegal and Mayo are sure to be there or thereabouts. Tyrone are also a threat, although much will depend on the availability of key player Cathal McShane who is currently training with the Adelaide Crows in the AFL. If the burly target man makes the switch to Aussie rules it would be a crushing blow to his county’s All-Ireland prospects.

And don’t forget about Cork, who are on an upward trajectory and would love nothing more than to turn Kerry over in a Munster semi-final.

Despite being under new management with Dessie Farrell replacing Jim Gavin, Dublin are odds on favourites to win both the league and their sixth All-Ireland in a row, with Kerry priced at 3/1 for both.

The Rathmore man had a decent first year between the sticks but there’s always room for improvement. He showed a very cool head with ball in hand and overall his kicking was good, but mistakes like the one in the National League final will have to be eradicated.

Brian Kelly will be ready and willing to step in if needs be, while St Brendan’s and Churchill stopper Eoghan O’Brien has come in to add extra cover.

The dreaded sweeper position has been a bit of graveyard for Kerry defenders down through the years. Many have tried but not too many have succeeded. It’s a difficult role to assess because sometimes it may appear as though the sweeper is doing nothing, but if the ball isn’t coming near him then isn’t the sweeper, in a way, doing his job?

Of course, if the ball is going in over his head uncontested, that’s a problem.

Paul Murphy and Jack Sherwood are options but you would perhaps prefer to see them elsewhere. It’s a fairly specialised position; can we find a specialist to do the job?

It’s no coincidence that Kerry’s rip-roaring performance against Mayo in Killarney came on the same day that their talismanic midfielder made an explosive return to form. Moran’s importance to Kerry cannot be understated but the team’s primary midfielder, who will be 32 in June, has been no stranger to the treatment table.

Keane may use Moran sparingly in the spring, with one eye firmly on the summertime.

Captain Kerry to an All-Ireland?

The Legion forward shrugged off a couple of injuries in 2019 to arguably emerge as his club’s Player of the Year. His impact at intercounty level was less marked but if he can transfer his club form over to the green and gold in the league, Peter Keane will have some tough decisions to make.

Diarmuid O’Connor is a good shout. The Na Gaeil midfielder/half forward did really well when called upon towards the tail end of last year and he was the standout performer for his divisional side, St Brendan’s, as they reached the last four of the County Championship. The talented 20-year-old could play a big part for Kerry in 2020.